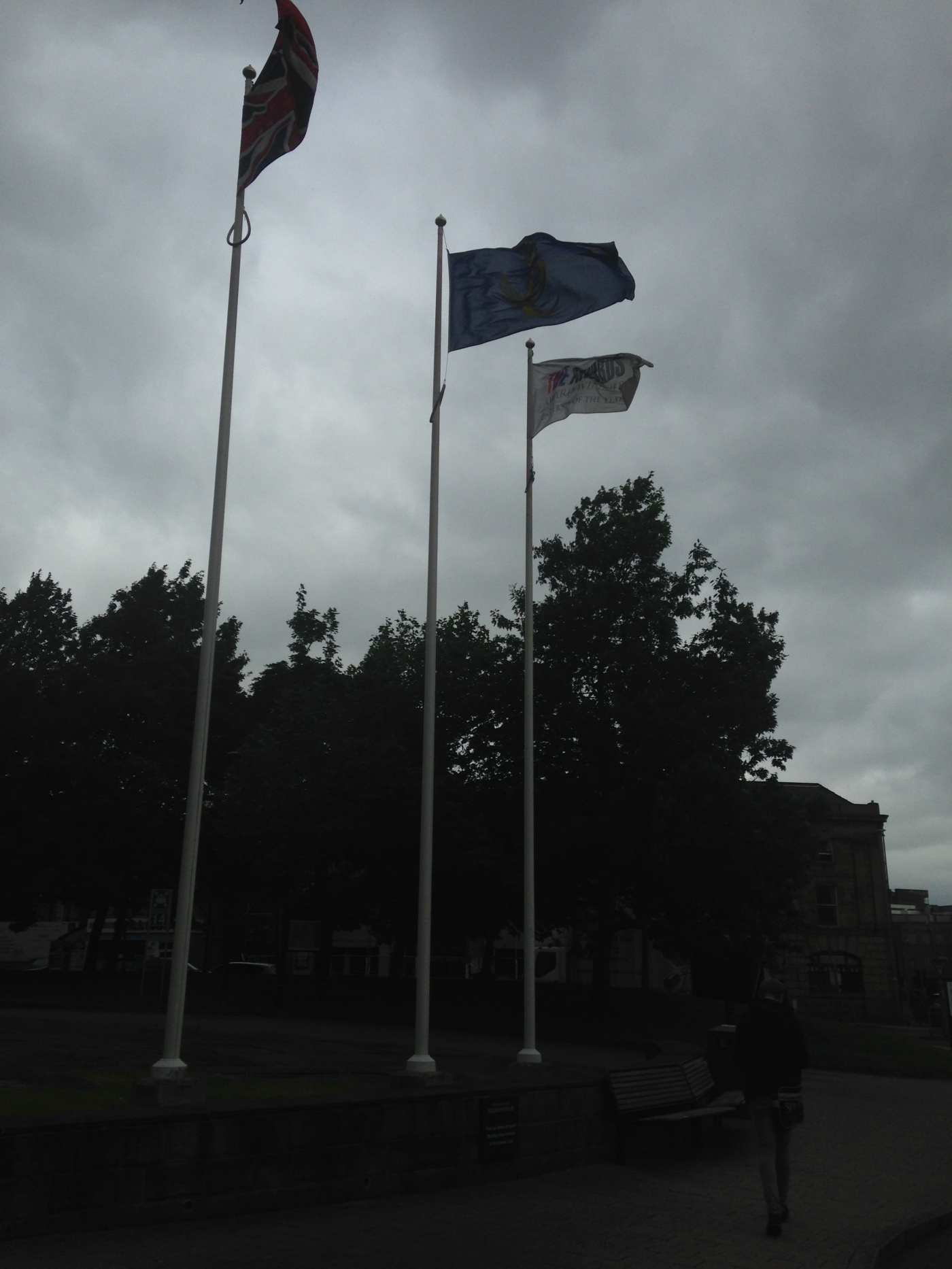 I’ve been researching the battle of Waterloo, the Napoleonic Wars and also learning about wargaming for the past couple of months. So on the 18th June 2015 I decided to combine my interests with political history, wargaming and psychogeography by doing a dérive in the ‘other’ Waterloo in Huddersfield. The point of such a walk is not to glorify war but rather to commemorate it as well as to use the practice of ludic walking as a way to explore the contemporary social context of neoliberalism. I’m not arguing here for a straight cut and paste of situationism into my practice of walking, but rather to use this blog as a ‘vehicle’ for extending how and whether situationist ideas and any other political ideas and practices can be drawn on in relation to consider and critique the conditions of neoliberalism and to work out what social changes can and should be made.

I started by finding out how many other Waterloos there were in the UK. From my search on the Wikipedia site I think it mentioned that there were 18 other Waterloos in the UK – with the one that most people know about as being Waterloo train station in London. So after an exam board at work I decided to head to Waterloo in Huddersfield. The British flag was flying at full mast at the University of Huddersfield which I assumed was to mark the anniversary of the battle of Waterloo where many lives were sadly lost. 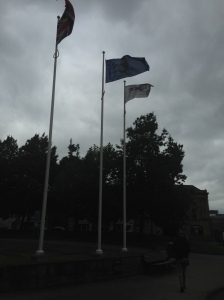 I programmed in Waterloo into my Tomtom sat-nav and headed to Waterloo Road. When I arrived there it was actually quite difficult to park on that street and so I parked around the corner. Round another corner I found a medical centre and a pub named after Waterloo. 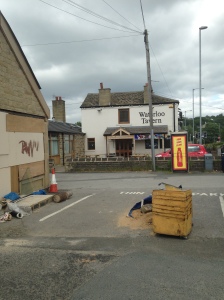 The surrounding roads were incredibly busy and it wasn’t the most comfortable place in which to walk. It felt like being trapped in a  sea of cars that were blocking possible ways in which to explore the environment. I think that the point of a dérive should be to explore the affective resonances of places and where we feel drawn towards and away from and I was clearly aware of the smell of car fumes and car noises. And so I continued walking and decided to walk down Waterloo Road and came across some interesting road markings.

With my wargaming psychogeographical ‘hat’ on, I interpreted these markings as skirmish units on a giant Kriegsspiel board. For those readers not familiar with some of the terms just used, I refer here to Debord’s version of Kriegsspiel. For readers interested in learning more about that game, they may wish to check out the wonderful website hosted by the Class War-games collective at: http://www.classwargames.net/?p=1636. So I then proceed to with the walk and went down another road and was met by a rather interesting sign that indicated ‘NO HORSE RIDING’.

How could the cavalry come through if horses were not allowed?! Maybe this was a deliberate addition of a new rule to confer particular advantage or not to the other troops? I felt curious about what was behind the horse sign and decided to walk into the wilderness of Waterloo.

At this point I’d been walking for about an hour and began to feel hunger so decided to head back home! Here ends the dérive report.